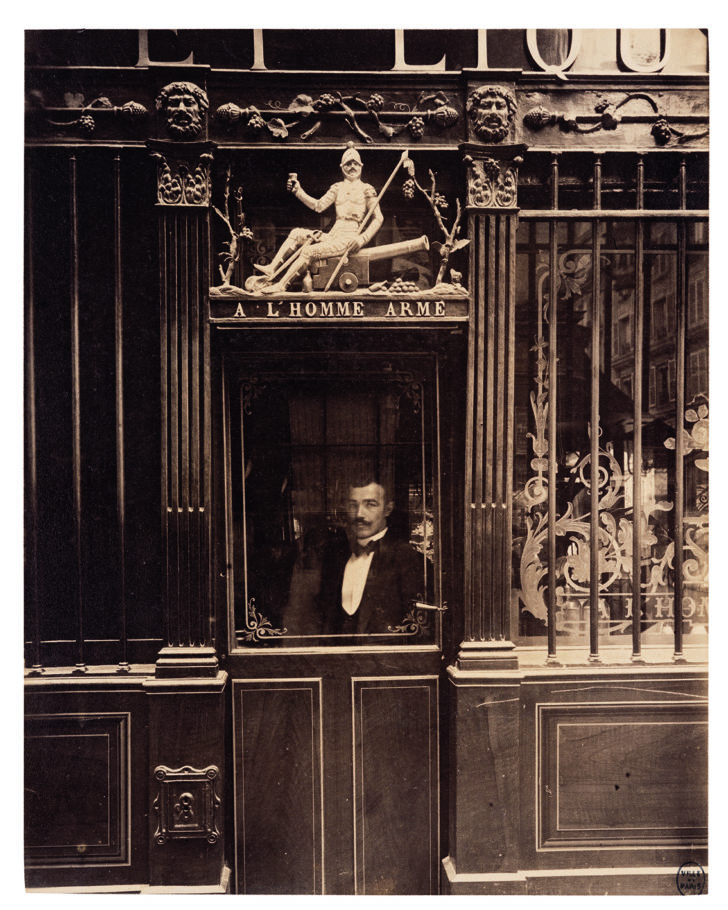 Simultaneously, the exhibition Henri Cartier-Bresson – Paris Revisited is presented at the musée Carnavalet – Histoire de Paris from June 15 to October 31, 2021.

This exhibition, presented at the Fondation HCB, is the fruit of long research efforts jointly undertaken by the two institutions throughout the musée Carnavalet – Histoire de Paris’ collections. The result is an outstanding presentation of the œuvre of Eugène Atget (1857-1927), a unique figure and photography pioneer.

Above all an artisan, Atget’s prolific output of photographs was intended for artists and lovers of the old Paris; he rose to fame posthumously. A forerunner of modernity is seen in his work by art critics and photographers, among them Henri Cartier-Bresson, whose early work sought to imitate Atget.

First acknowledged in the United States and by the French surrealist scene before finding acclaim with succeeding generations of photographers, Atget still exerts unprecedented influence in the 21st century, though reception of his work remains mixed. Bearing a view camera and glass plates, he often captured his subject at dawn. For almost thirty years, he sought to make a collection of the Paris of his time. He also explored city limits, what is known as “the zone”. Today, his images of nearly‑deserted streets, store fronts, and courtyards evidence urban change at the turn of the 20th century.

Beyond its documentary aspects, Atget’s photography expresses a deep aesthetic sensibility, illustrating the incalculable contribution he made to the medium. As Paris changed, Atget’s work method evolved accordingly, becoming more and more sensitive to the light and to atmospheric effects. This devotion to detail (using a modest subject matter), in contrast to the triumphant pictorialism of the time, is also singularly modern, allowing a notion of pleasure to surface—one which is rarely mentioned in reference to Atget. The exhibition and its accompanying publication propose sharing this pleasure.

Eugène Atget was born in Libourne, France in 1857. He gave up a career as an actor and took up photography starting in 1888. He was self-taught. In 1890, he began producing material for use by artists: shots of plants, landscapes and diverse objects. In 1897, he started to take photographs of the Paris of his time systematically, attentive to scenes of urban life, architectural detail and the capital’s topography. Towards the end of his life, he met Man Ray’s assistant, Berenice Abbott, who took two portraits of him. He died in Paris in 1927.

Abbott learned of his death just as she was planning to offer him the portraits. Along with gallerist Julien Levy and Atget’s executor, André Calmettes, Abbott aided in rescuing Atget’s studio archive, the recognition of his work through various publications, and the admission of the Abbott/Levy collection to the New York Museum of Modern Art’s collection in 1968.

The exhibition is organized by the musée Carnavalet – Histoire de Paris, Paris-Musées and the Fondation Henri Cartier-Bresson. The musée Carnavalet – Histoire de Paris houses a collection of over 9,000 prints by Atget, the largest archive on the photographer. The exhibition Eugène Atget – Voir Paris presents a selection of around 150 of the artist’s original prints.

Events
The exhibition Eugène Atget – Voir Paris, presented at the Fondation HCB this summer, has been accompanied by conferences and meetings. The videos of these events are now available on the Youtube channel and on the  Fondation HCB’s website.