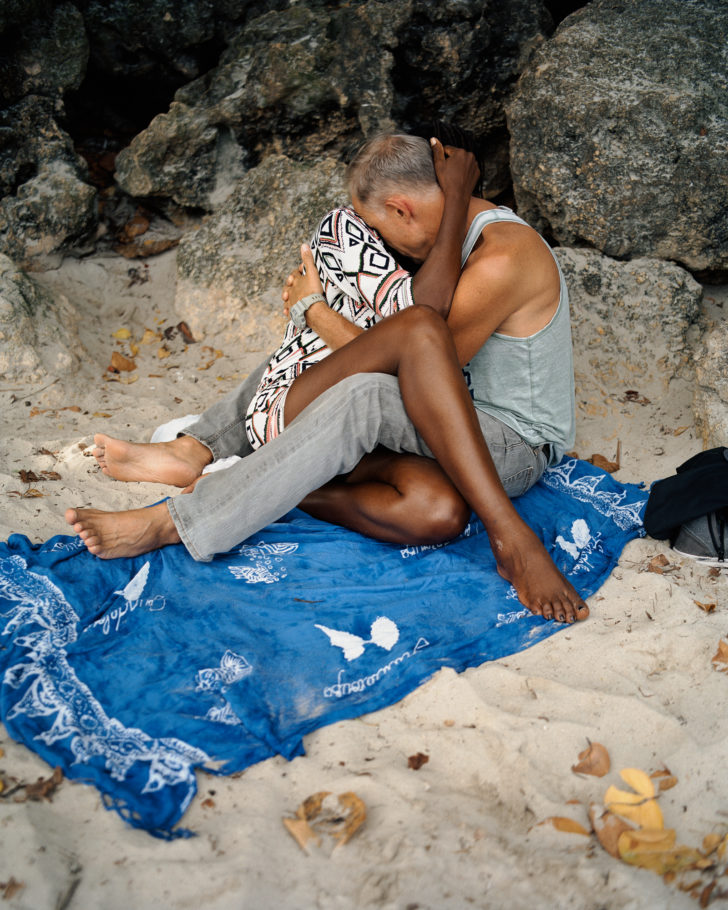 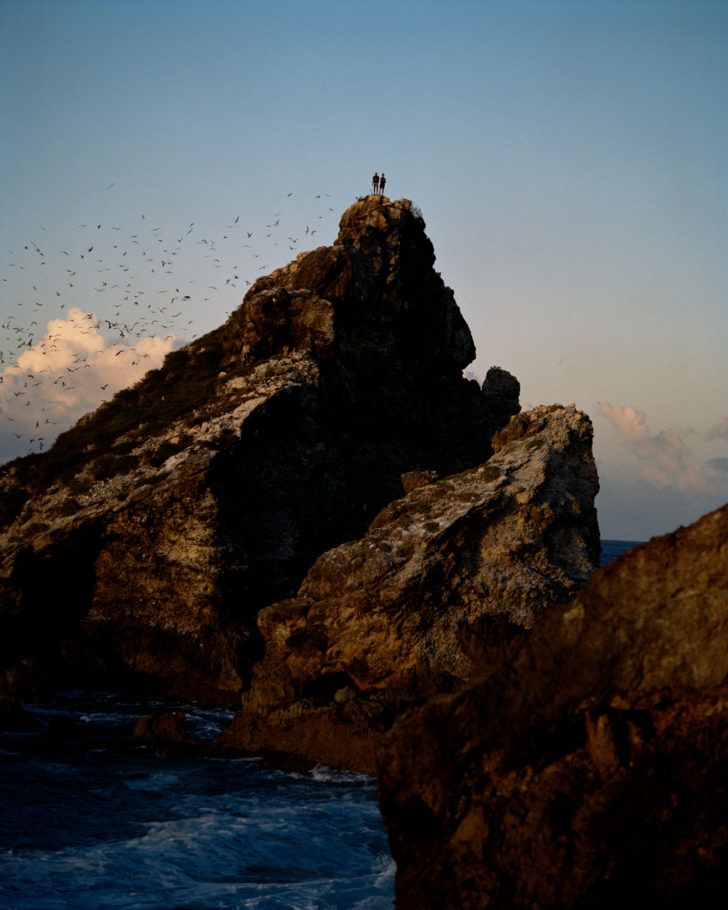 The title of this show, Soleil Cou Coupé (Let the Sun Beheaded Be), is borrowed from Martinican writer Aimé Césaire (1913-2008), whose poetry inspired Gregory Halpern during his time in Guadeloupe. As the fourth laureate of the programme Immersion, a French-American Photography Commission by the Fondation d’entreprise Hermès, the American photographer will exhibit at the Fondation HCB his work from the 2019 residency. Fascinated by the history, place, people, and vernacular of the French overseas department, Halpern created a collection of photographs that is both enigmatic and alert to reality.

Returning on the island over three successive trips, sensitive to what the place might have to offer, Halpern’s approach reveals surrealist inspiration, in particular the “Caribbean surrealism” embodied by Aimé Césaire.

The history of Guadeloupe, inherently connected to European colonization and the slave trade, can be observed today across many commemorative monuments spread out over the territory. Conscious of that history, the photographer’s approach is one of sensitivity, curiosity and receptivity. Halpern is drawn to contradiction and the incongruous, and he places the natural beauty and the troubling history of the archipelago side by side, forcing viewers to resolve for themselves this compelling mixture of images.

Through portraits and the representation of everyday objects—the vernacular—Halpern detects, in different forms, the scars of Guadeloupe’s past.

Biography
Born in Buffalo, New York, in 1977, Gregory Halpern teaches photography at the Rochester Institute of Technology (New York). He has degrees in history and literature from Harvard University and California College of the Arts, and received a Guggenheim Fellowship in 2014. His work has been the subject of a number of publications: Harvard Works Because We Do (2003), A (2011), East of the Sun, West of the Moon (in collaboration with Ahndraya Parlato, 2014), ZZYZX (2016), Confederate Moons (2018) and Omaha Sketchbook (2009/2019). He is editor of The Photographer’s Playbook (Aperture, 2014) along with Jason Fulford.

Immersion, a French-American Photography Commission created by the Fondation d’entreprise Hermès, supports contemporary photography in France and the United States of America, through the making, exhibition and publication of new work.

Each year, within the framework of a partnership between the Fondation d’entreprise Hermès, the Fondation Henri Cartier-Bresson and the SFMOMA in San Francisco, an artist’s residency results in a solo exhibition at each of the latter institutions. The exhibitions are accompanied by a bilingual photobook in English and French. After the Fondation HCB, the exhibition will be presented at SFMOMA in Spring 2022.

Launched in 2014, Immersion is open, in alternate years, to a US-based photographer mentored by a professional from an English-speaking institution and seeking to make new work in France, and a France-based photographer mentored by a professional from a French-speaking institution, seeking to create new work in the United States.

Publication
Accompanying the exhibition is a work entitled Let the Sun Beheaded Be (Soleil Cou Coupé), published by Aperture.