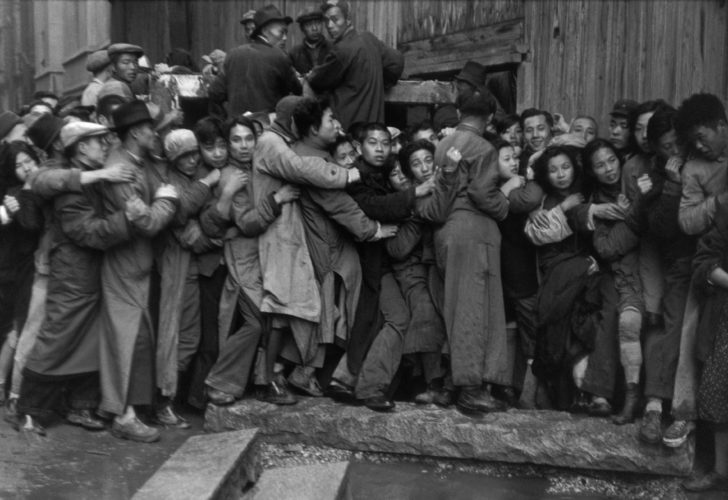 Gold Rush. At the end of the day, scrambles in front of a bank to buy gold. The last days of Kuomintang, Shanghai, 23 December 1948. © Fondation Henri Cartier-Bresson / Magnum Photos 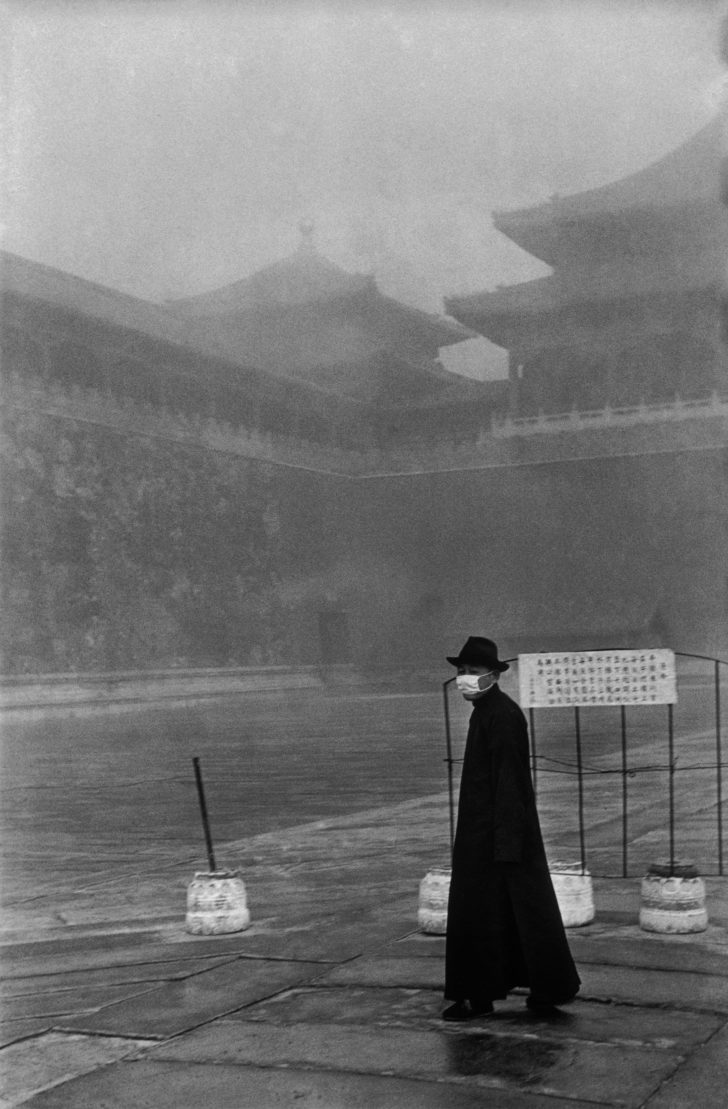 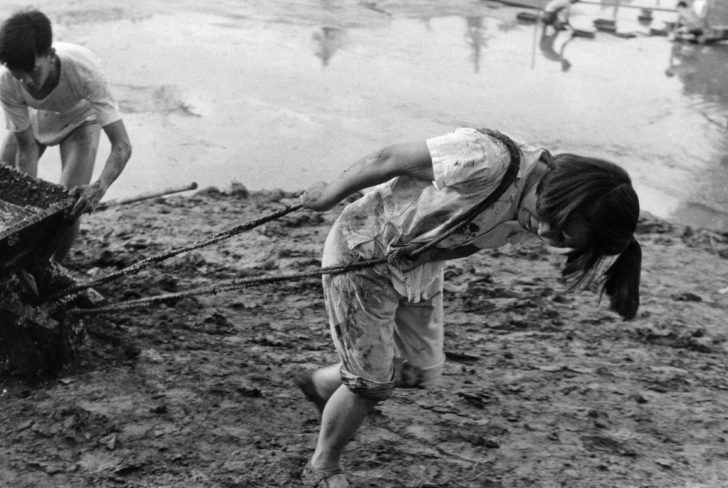 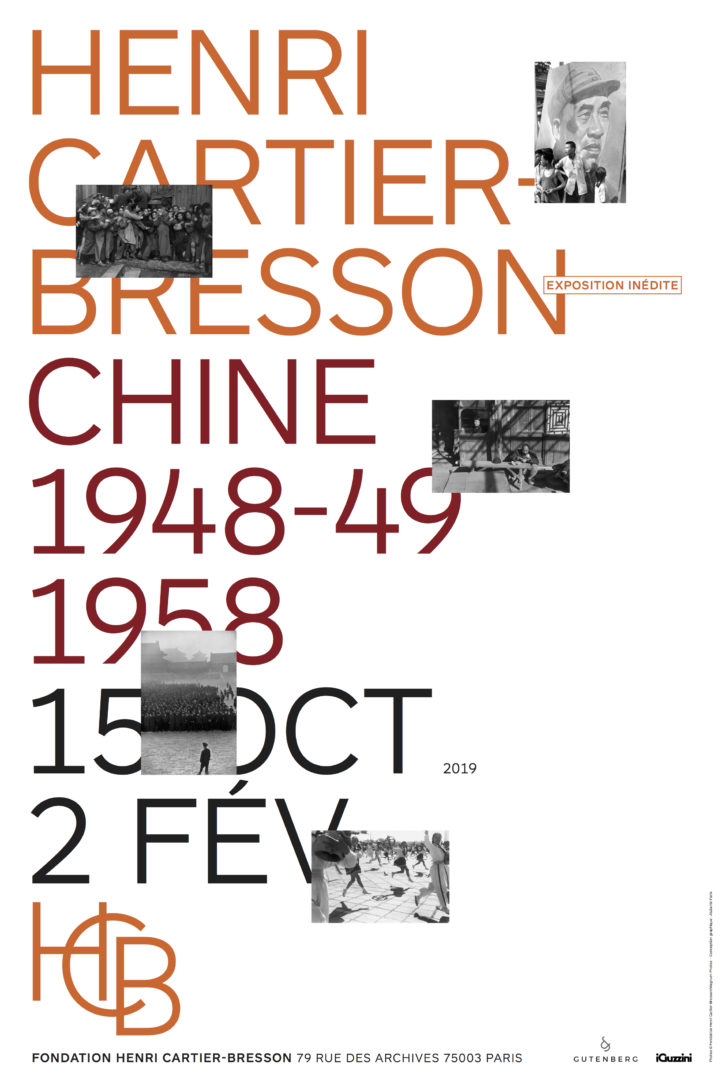 On 25 November 1948, Henri Cartier-Bresson was commissioned by Life magazine to shoot a story on the “last days of Beijing” before the arrival of the Maoist troops. Having gone for two weeks, he would stay for ten months, mainly in the Shanghai area, witnessing the fall of the city of Nanjing held by Kuomintang, then forced to stay in Shanghai under Communist control for four months, leaving China a few days before the proclamation of the People’s Republic of China (1 October 1949).

As the months went by, his accounts of “traditional” lifestyles and the establishment of a new order (Beijing, Hangzhou, Nanjing, Shanghai), produced with complete freedom of action, met with great success in Life and top international news magazines (including Paris Match, which had just been founded).

This long stay in China proved to be a seminal moment in the history of photojournalism: this reportage series came at the beginning of the Magnum Photos agency, which Henri Cartier-Bresson had co-founded eighteen months earlier in New York, and brought a new, less event-based, more poetic and detached style, attentive as much to the people as to the balance of the composition. A great many of these photos remain among the most famous in photography (such as “Gold Rush in Shanghai”). One of the repercussions of “China 1948-1949” was that, from the fifties onwards, Henri Cartier-Bresson became a major benchmark in “new” photojournalism and the renaissance of photography in general. The books The Decisive Moment (Verve, 1952) and D’une Chine à l’autre (Delpire, 1954), prefaced by Jean-Paul Sartre, confirmed this supremacy.

In 1958, as the tenth anniversary drew near, Henri Cartier-Bresson set off again on a journey of discovery, yet under completely different conditions: constrained by an accompanying guide for four months, he travelled thousands of kilometres on the launch of the “Great Leap Forward” to report on the results of the Revolution and the forced industrialisation of rural areas. He nonetheless succeeded in also showing the least positive aspects, such as the exploitation of human labour and the hold of the militias. Once again, the report met with international success.

The exhibition is accompanied by the book Henri Cartier-Bresson: Chine 1948-1949 I 1958 by Michel Frizot and Ying Lung Su, published by Delpire.