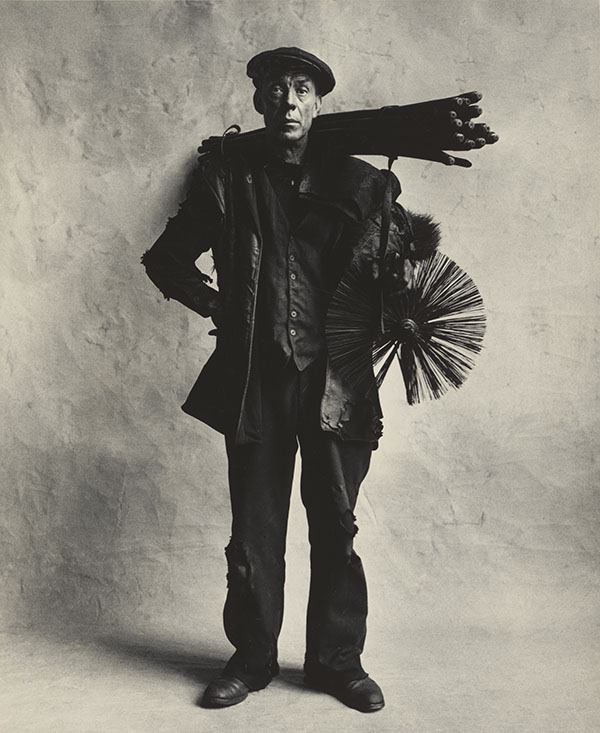 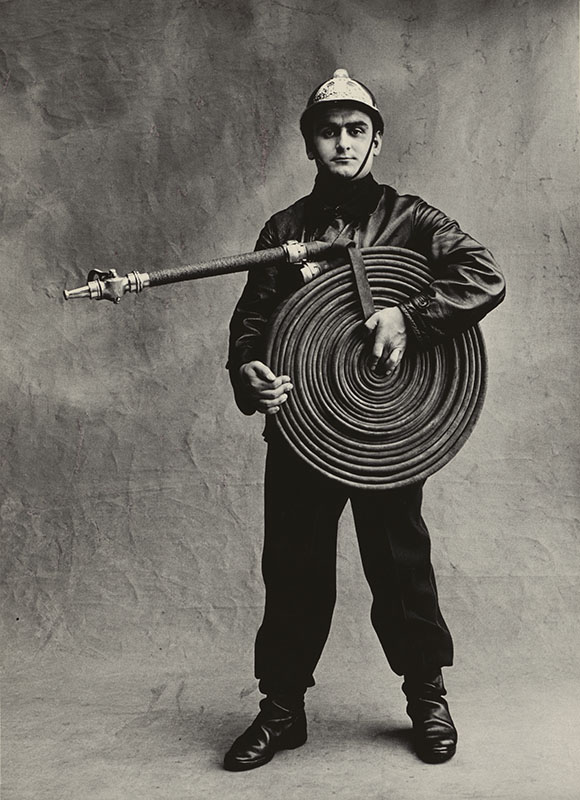 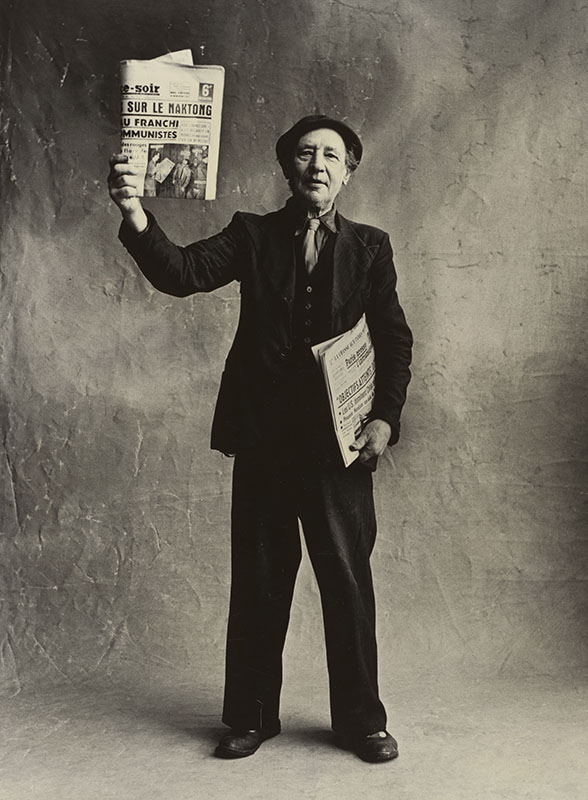 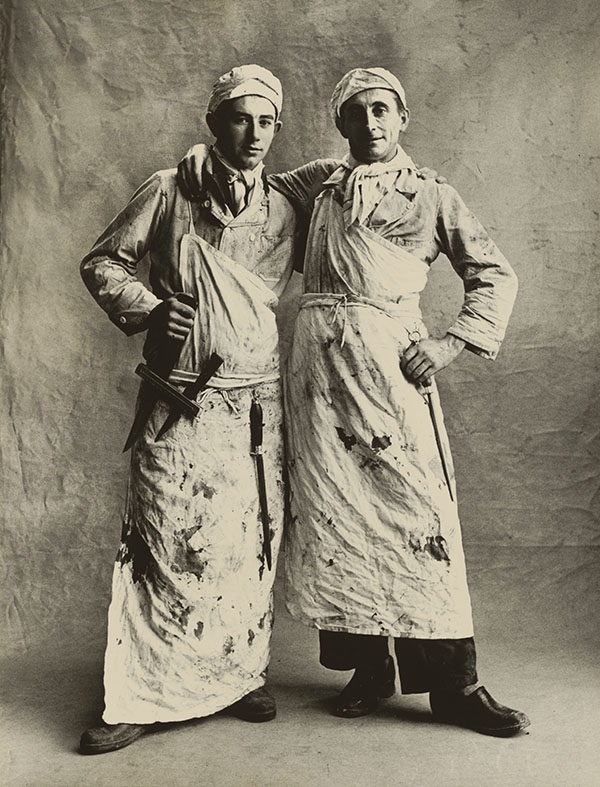 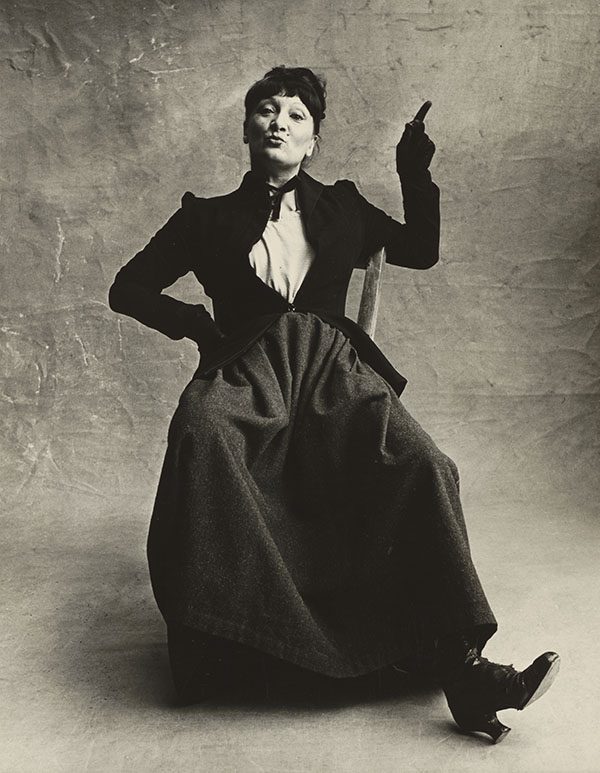 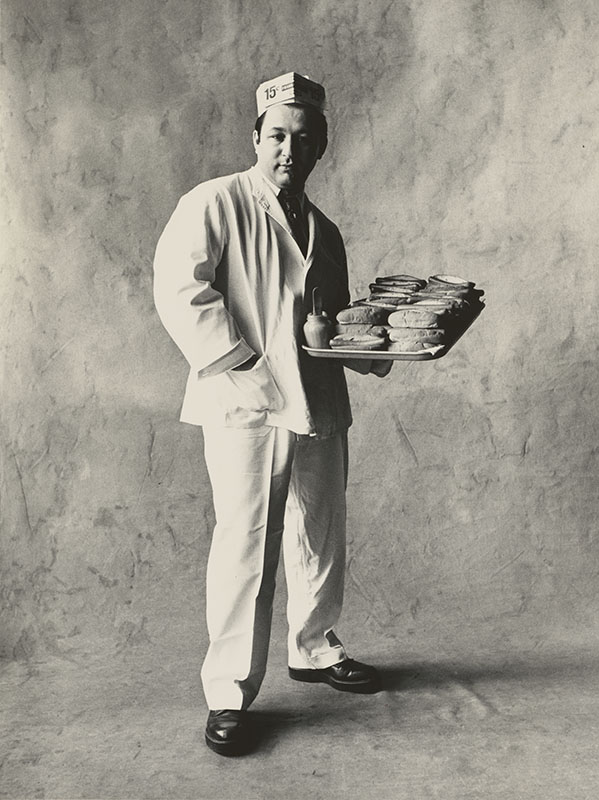 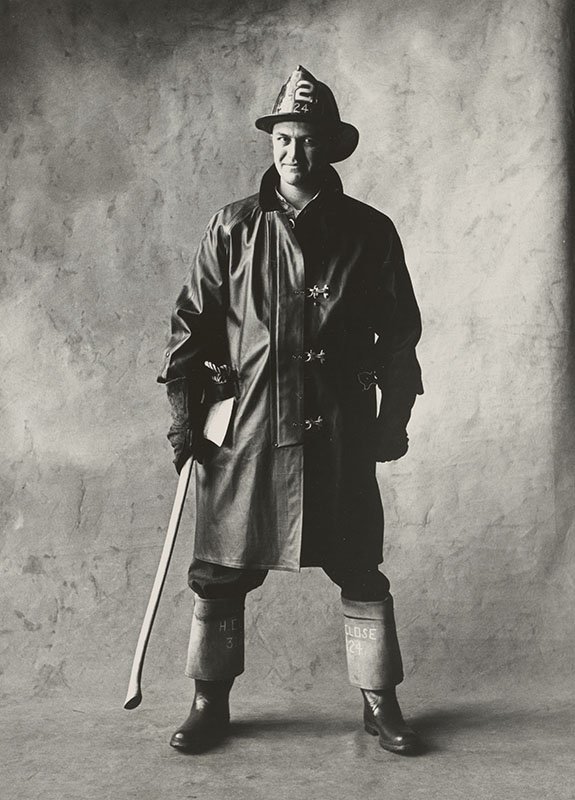 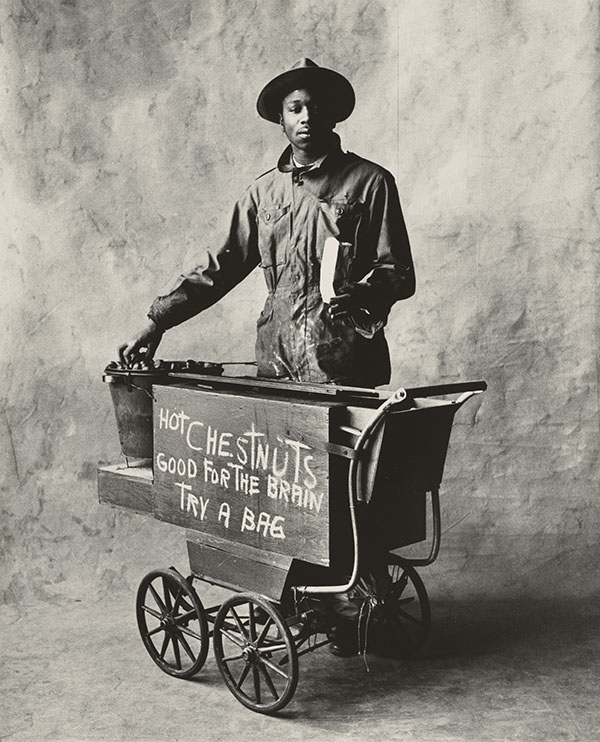 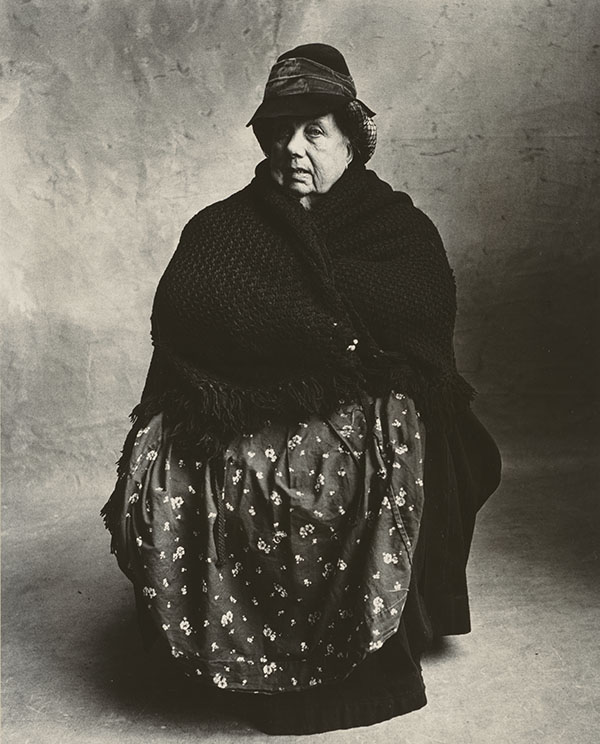 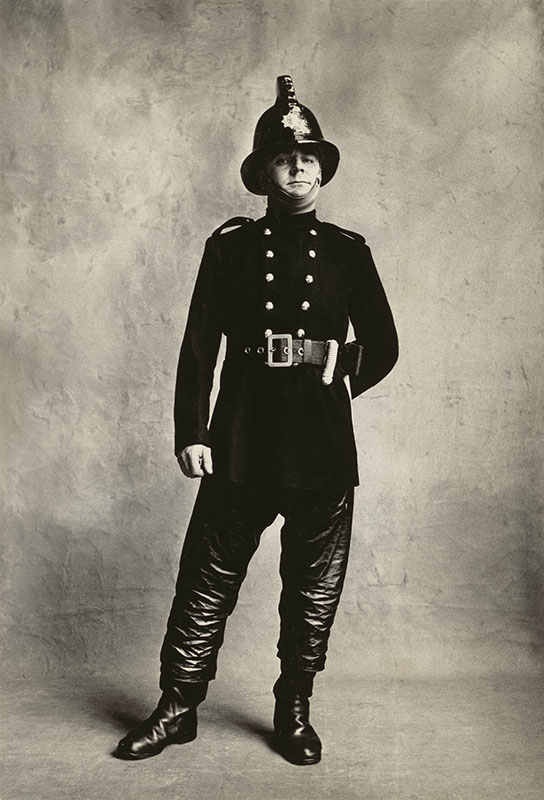 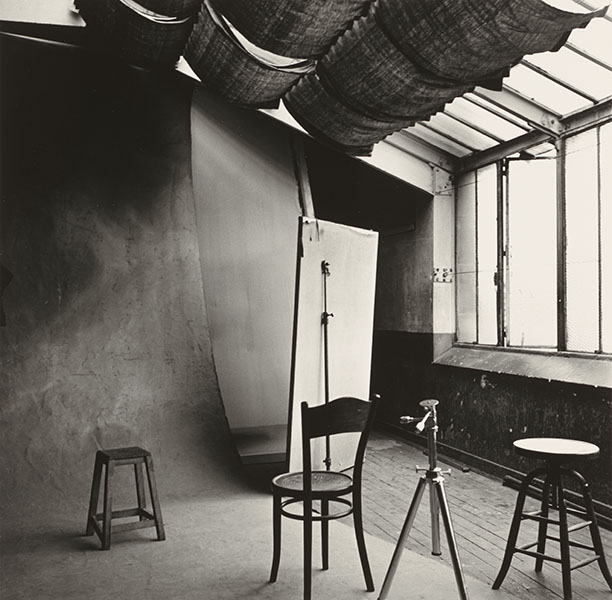 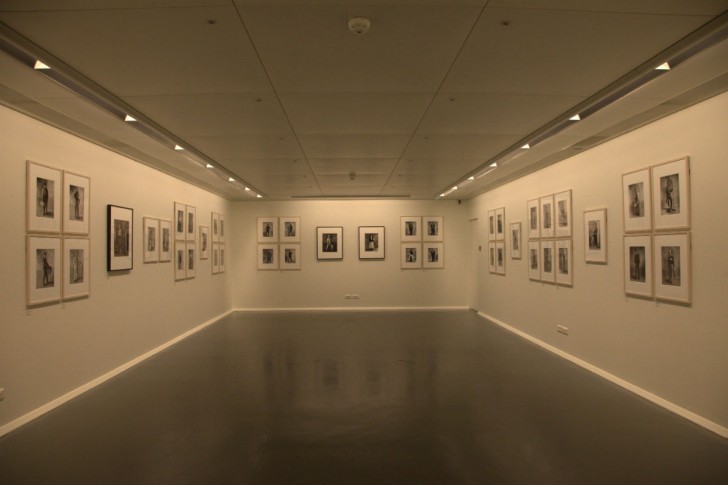 Irving Penn (American, 1917-2010) is one of the most respected photographers of the twentieth century. In a career that began at the premiere fashion magazine Vogue in 1943 and spans more than six decades, he has created innovative fashion, still life, and portrait studies. His photographs are defined by the elegant simplicity and meticulous rigor that have become the trademarks of his style.

Penn began the body of work known as Small Trades while on assignment in Paris in the summer of 1950. Based on the tradition of representing workers in popular print media, these full-length studies portray individuals dressed in their work clothes and carrying the tools of their trades. Penn continued the project over the next year in London and New-York and returned to it again when he began to experiment with platinum printing in the 1960s.

Small Trades holds great personal significance for Penn, who worked with the negatives over the course of fifty years and carefully set aside a comprehensive set of prints executed in gelatine silver and platinum/palladium. In 2008, Acquired by the Getty Museum acquired by purchase and through partial gift of the artist all 252 prints from this set. The HCB Foundation presents for the first time in Paris about one hundred Small Trades’ prints.