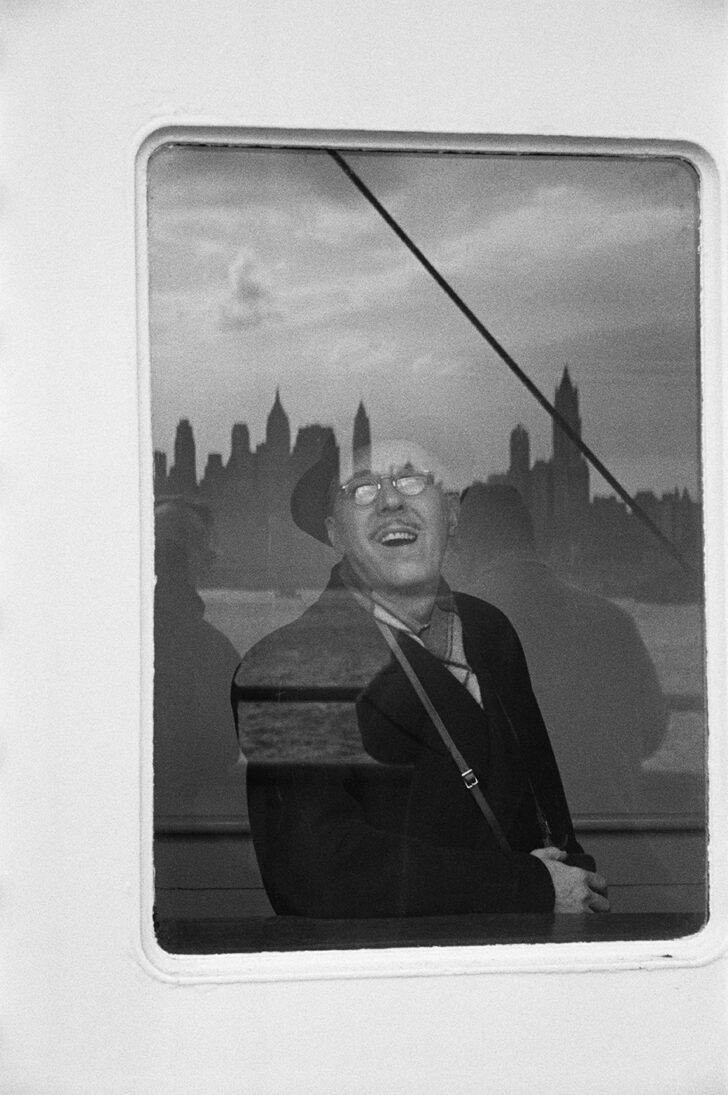 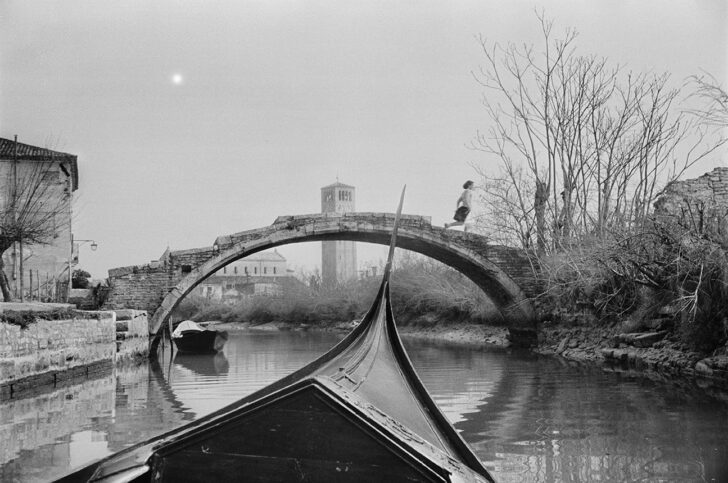 Selected by Henri Cartier-Bresson (1908-2004) towards the end of his life, the photographs in L’expérience du paysage show the artist approaching an element that is not just simple background for observing human beings, but a subject in its own right. Each image, taken between the 1930s-1990s in Europe, Asia and America, illustrates the photographer’s construction of landscape, natural or urban.

Cartier-Bresson began his long career with painting and drawing. Early on at André Lhote’s atelier, he was taught the watchword of the Académie de Platon, later applying it to photography: “Let no one ignorant of geometry enter.” His work, which inspired many artists to come, is characterized by composition, juxtaposition of planes, respect for proportionality, and pursuing balance between forms.

Unlike nature in its “unprocessed form”, the notion of landscape is relative to a subject–that of the observer with a certain point of view. From this order among the components of reality, Cartier-Bresson found poetics and pleasure. Landscapes are not just frames enclosing a subject but seemingly timeless patterns interacting with human figures. He decided on this selection of images shortly before his death in 2004, even though he had abandoned photography in favour of drawing since the early 1970s. These photographs bear witness to the experience of landscape, which, like drawing, is close to meditation.

In this 70-photograph selection, Cartier-Bresson implicitly unveils the self-portrait of an artist in the process of questioning his relationship to the world. The exhibition culminates in a selection of drawings by the artist found in the Fondation HCB’s collections, for a journey through the œuvre of Henri Cartier-Bresson along a contemplative path.

Born in Chanteloup, Seine-et-Marne, in 1908, Henri Cartier-Bresson began studying painting at the André Lhote atelier in Paris before he turned to photography. In 1931, following a year in Côte d’Ivoire, he purchased his first Leica.

His work was exhibited and published, first abroad and then in France, starting in 1933. He then traveled in Europe, to Mexico and the United States, and became interested in filmmaking. In 1936 and 1939, he collaborated with Jean Renoir and produced three documentaries on the Spanish Civil War in the same time period.

Taken prisoner on June 23, 1940, he managed to escape in 1943, after two unsuccessful attempts. The New York MoMA presented an exhibition of his work in 1947, the same year that he created the Magnum Photos agency, along with Robert Capa, David Seymour, George Rodger and William Vandivert. He then spent three years in the East. Back in Europe, he published his first book, Images à la Sauvette (The Decisive Moment), in 1952. After this, he traveled on numerous occasions and devoted himself to drawing starting the early 1970s.

Dubbed “l’œil du siècle” (eye of the century), Cartier-Bresson bore witness to the great events of the 20th century: Gandhi’s funeral in India, the last days of the Kuomintang in China, first photographs of the USSR… At his passing in 2004, he endowed the history of photography with an inimitable legacy, which is still subject to new interpretations.