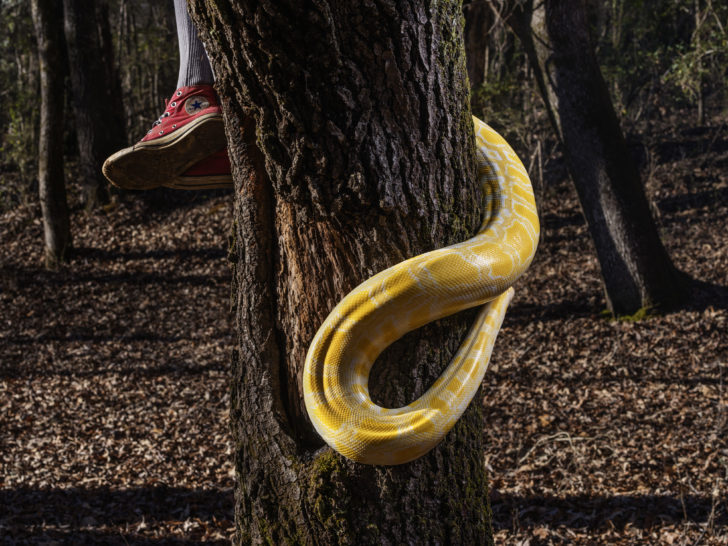 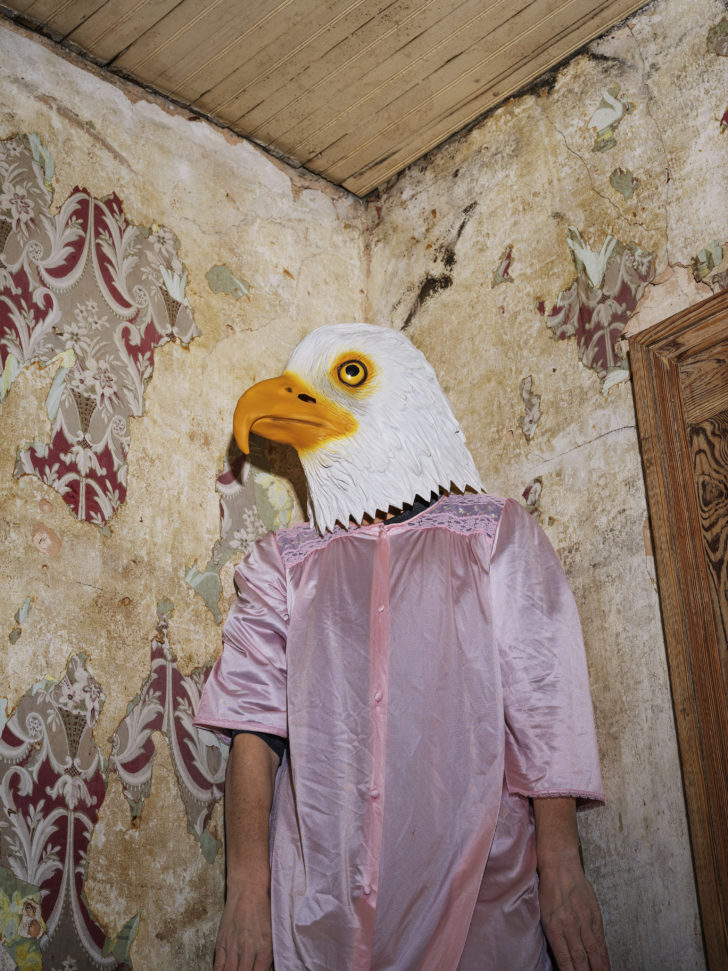 Following deliberations held on June 21 and 22 at the Fondation Henri Cartier-Bresson in Paris, the jury of the HCB Award 2021 unanimously nominated photographer Carolyn Drake for the project Centaur (working title).

This work will be exhibited at the Fondation HCB in Spring 2023 and a book will be published.

After traveling Europe and Asia for nearly ten years, Carolyn Drake returned to the United States in 2013. She moved to Water Valley, a small, rural town in Mississippi known for its conservativism, and produced the series Knit Club, on an enigmatic community of women into which she integrated. These women, children and mothers are united by manual labor (knitting) and mysterious beliefs, in a community which manages to exist outside the gaze or control of men. Loosely inspired by the literary style of William Faulkner, Drake mixes still life and domestic portrait in a captivating tale that lies somewhere between the real and supernatural.

With Centaur (working title), 2021 HCB Award winner Carolyn Drake furthers her series Knit Club by returning to the community that received her for several months in the Mississippi hills. Here she continues to experiment with documentary fiction by focusing on the only male figures of Knit Club, two artists and craftsmen who preferred the status of outsider to the one imposed on them by the conservative establishment. Through these two characters, Drake seeks to undermine the ideals of masculinity made mythical by American culture, and “explore the same reality/place from another angle, looking for truth as strong as fiction” (C. Drake).

Carolyn Drake works on long term photo-based projects seeking to interrogate dominant historical narratives and creatively reimagine them. Her practice embraces collaboration and combines photography with sewing, collage, and sculpture. She is interested in collapsing the traditional divide between author and subject, the real and the imaginary, challenging entrenched binaries.

Drake was born in California and studied Media/Culture and History in the early 1990s at Brown University. Following her graduation from Brown, in 1994, Drake moved to New York and worked as a interactive designer for many years before departing to engage with the physical world through photography.

Between 2007 and 2013, Drake traveled frequently to Central Asia from her base in Istanbul to work on two long term projects: Two Rivers (2013) and Wild Pigeon (2014). The latter work was acquired by the SFMOMA in San Francisco and presented at a six-month solo exhibition in 2018. In Internat (2014-2017), Drake worked with young women in an ex-Soviet orphanage to create photographs and paintings that point beyond the walls of the institution and its gender expectations. This work was followed by Knit Club (TBW Books, 2020), which emerged from her collaboration with an enigmatic group of women in Mississippi loosely calling themselves “Knit Club” and was shortlisted for the Paris Photo Aperture Book of the Year and Lucie Photo Book Awards.

Carolyn Drake’s work has been supported by a Guggenheim fellowship, the Anamorphosis Prize book prize, Peter S Reed Foundation, Lightwork, the Do Good Fund, the Lange Taylor prize, Magnum Foundation, Pulitzer Center, and a Fulbright fellowship. She is a member of Magnum Photos.