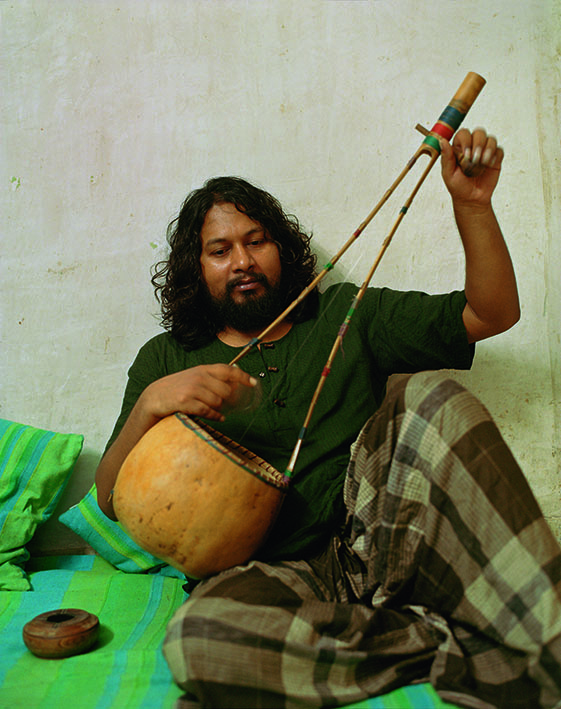 From May 13th to July 26th 2015, Fondation Henri Cartier-Bresson will be showing “KolkataCalcutta”, the project realized by the French photographer Patrick Faigenbaum, HCB Award winner 2013. The exhibition is accompanied by a book published by Lars Müller.

Patrick Faigenbaum’s interest in India goes back to his first trip there in 1995. He saw images everywhere, he says, but shot none. India has of course changed a great deal since 1995. The country has witnessed an economic boom, which is daily fodder for the media. Traditional, spiritual, mystical India has become a global power. But Faigenbaum chose to photograph not the country’s great dynamic centres (Mumbai or Bangalore), but rather Kolkata, the capital of the British Empire in India. The former colonial city, what we call Calcutta in English, is no more. On the other hand, the city did not lose its rank as a regional metropolis despite the partition of Bengal. Kolkata Calcutta is thus the portrait of a city with two faces, two sides, historical and contemporary, exploding and bound within a certain territory.

The exhibition features the highlights of a gradual discovery that began in the spring of 2011 thanks to a particular encounter and the immersion in a particular locale. Faigenbaum adopted an approach similar to the experiment he carried out in Sardinia, where he focused on one family, one village (Santulussurgiu), and one region. In Kolkata, he turned his lens first on the life of one artist, Shreyasi Chatterjee, then on the neighbourhood where she lived, and finally on the landscapes of the rural lands nearby, which Shreyasi interprets in her paintings, employing collage and embroidery.

By listening to this artist, watching her live and work, tagging along behind her, Faigenbaum sketched out an initial network of figures, then went on to meet other inhabitants of the city and the region, other actors of Bengali culture. The portraitist-biographer’s study melded with the photographer’s research into landscape forms in both the city and the countryside.

Above all, Faigenbaum sought to avoid the image of India the eternal, the picturesque, while taking care not to promote the equally stereotypical idea of modernisation. The dramatic contrasts of a chaotic hypertrophied urban setting are rendered but without an overabundance of theatrics. The dominant tone is one of pictorial idealisation based on the power of gestures, bodies captured in certain attitudes, and an environment that is lived in, experienced directly, right down to its most fragile, uncertain forms.

Places of day-to-day reality were favoured over monumental history. Connected with its rural surroundings, the immense city nonetheless recaptures its historical aspect through various figures that people the very public world outdoors, as well as through rites and intimate landscapes. The memory of the great poet Rabindranath Tagore also haunts these pages, transformed into images throughout the narrative. Faigenbaum has greatly profited from the experience and advice of a learned and well-informed reader, France Bhattacharya, a specialist of Bengali culture. He wanted to show the vitality of the vernacular culture. The pictures selected for the book and exhibition document in particular the region’s music circles and the continuing existence of a cinema-like photogenicity that is ingrained in the space of the city.

For years Patrick Faigenbaum practiced only portrait photography in black and white. He photographed his close friends and family, as well as people he met. He would move his photography studio as the circumstances dictated, without forethought. That attitude persists in his Bengal project. Despite a massiveness that defies description, Kolkata has become a crossroads of chance encounters, carefully chosen, infinite in number.

In addition to the exhibition at Fondation HCB, Nathalie Obadia Gallery will be showing a selection of prints from Kolkata/Calcutta. The exhibition will be held at the gallery from June 10th to July 25th.