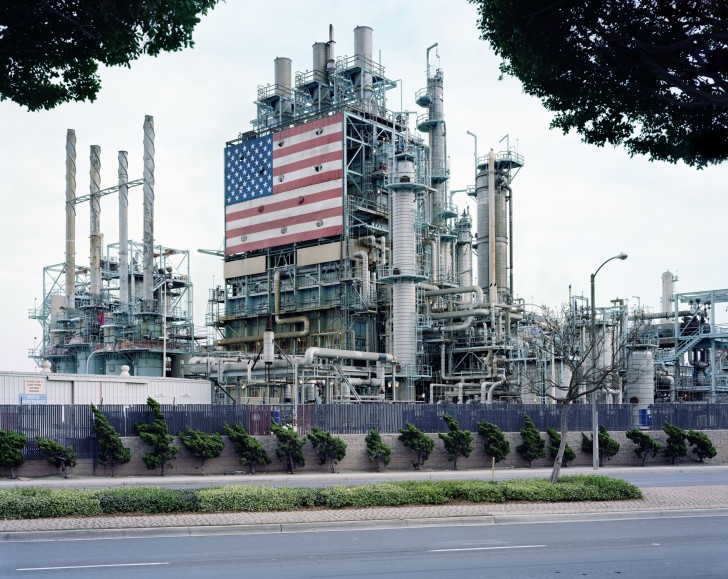 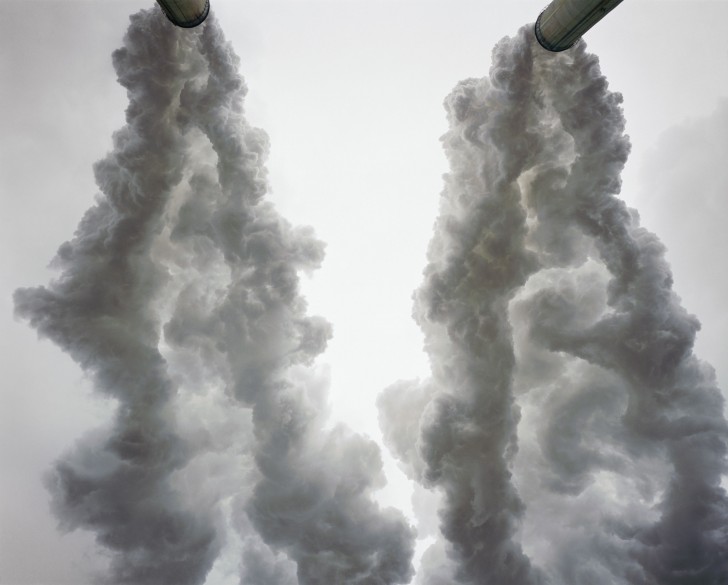 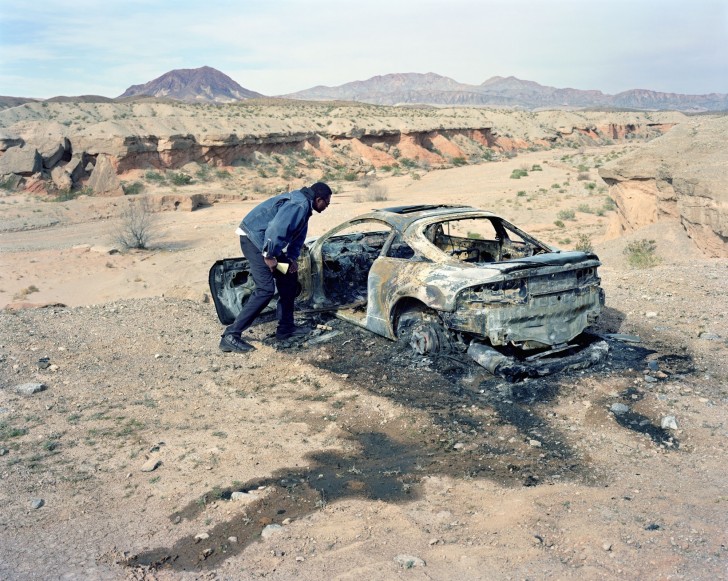 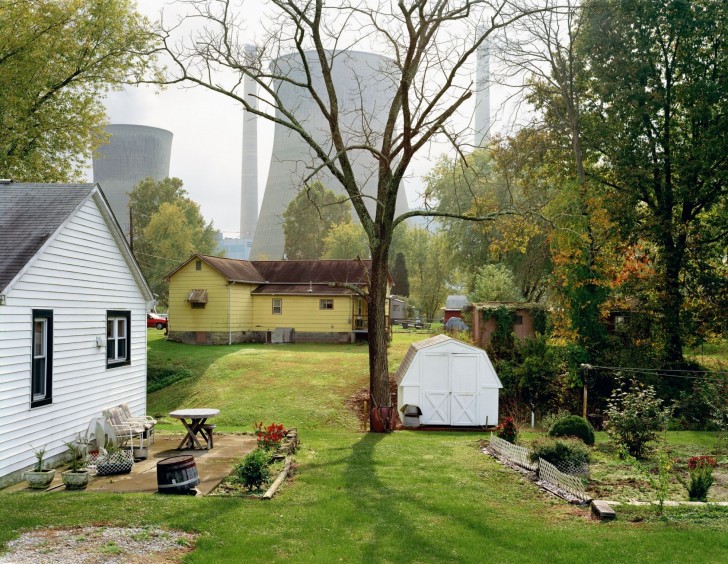 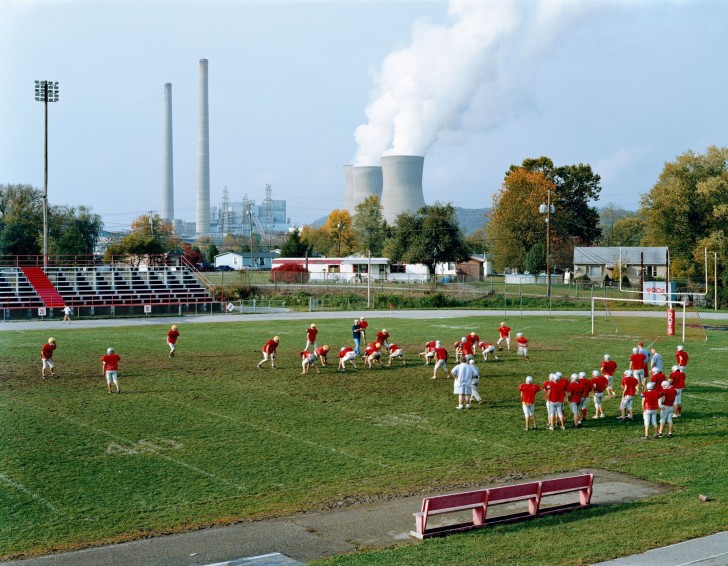 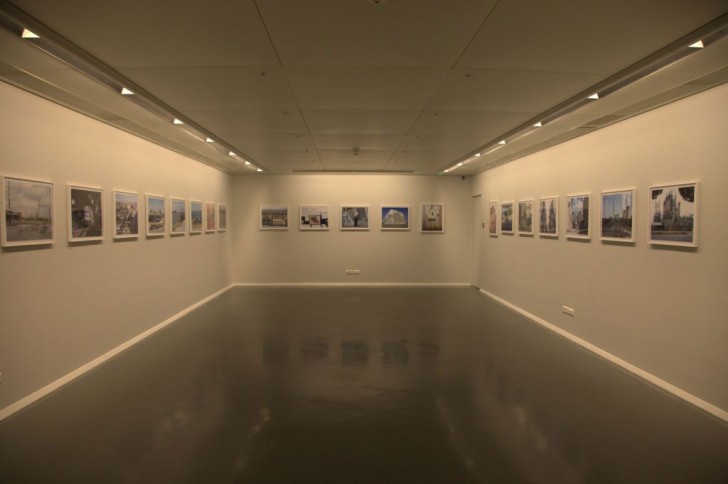 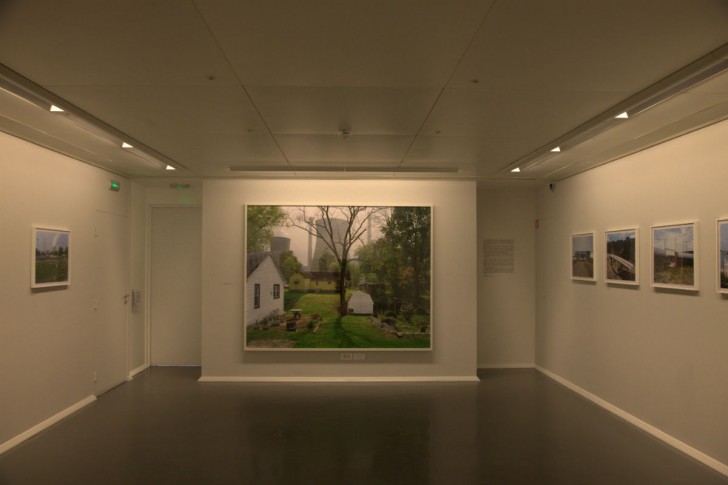 These pictures question the human conquest of nature at any cost.

There are different ways to consider energy production: one, positive, essential to progress, to society’s well-being; the other, more complex can be considered as the origin of irresponsible capitalism and leading to catastrophes such as Chernobyl in Russia or lately, Fukushima in Japan.

In 2003, Cheshire, a village of Ohio, had to be definitely erased, due to pollution. The American Electric Power, responsible for contamination gave money to families to leave, never come back, and never complain in the media or in court if they became sick. Mitch Epstein, American photographer born in 1952, made a first assignment there for the New York Times. Fascinated, he decides to start the project American Power, becoming a kind of “tourist of energy” in the United States. This is more about understanding than judging; it’s not a straight on criticism, it’s more about highlighting elements to reflect upon, supported by the power of images.

The use of the view camera 20x25cm (with film and tripod) is new for the Leica amateur; it allowed Epstein to see the landscapes in all their majesty-but also with all their arrogance- in the great tradition of American landscape photography. But, unfortunately, it’s also a technique that made the artist much more vulnerable: impossible to work on the sly.

Therefore, he has to deal with a lot of obstacles during the shootings, and that’s how the matter of power became obvious: power of politics, of firms, of nature and artists. English language, denser than French, enables to use the word “power” in each case, for electric current as well as politics, which makes this pertinent title impossible to translate. This project is part of the contemporary tradition of colour documentary, and Mitch Epstein is one of its best representatives. Author of several books, winner of many awards, recently the Prix Pictet, Mitch Epstein passes on a brilliant account, made after fragments of reality that we would prefer to be pure fiction.

The exhibition is organized in collaboration with Thomas Zander Gallery, Köln and the collection Astrid Van Der Meerschen, Brussels.