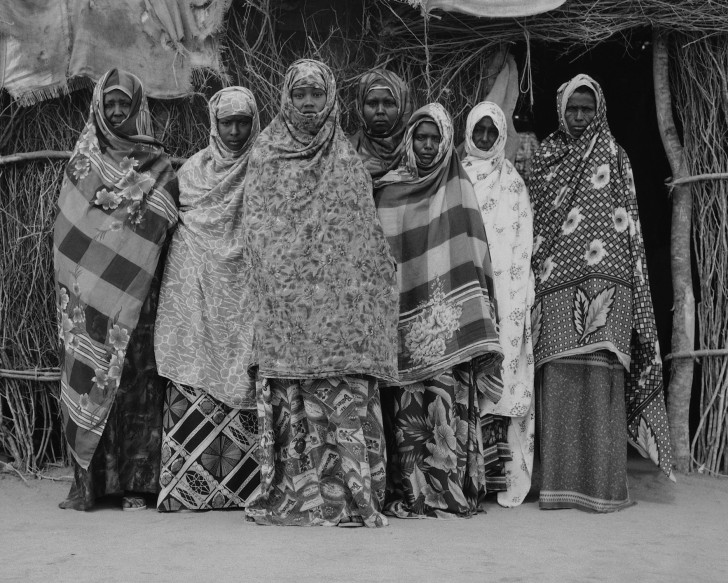 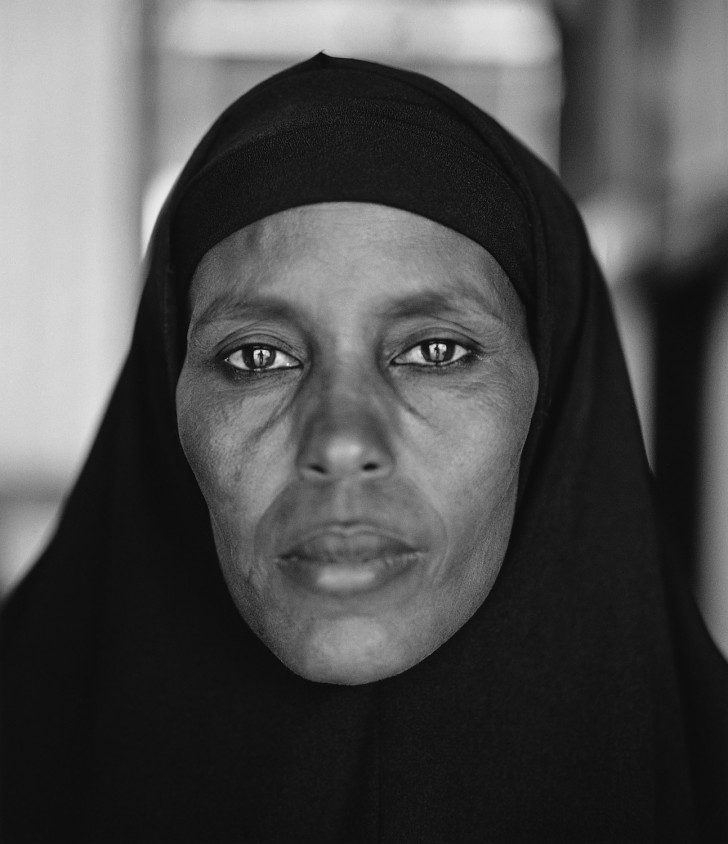 "A Camel for the Son” and “The Victor Weeps”

The writer/photographer Fazal Sheikh conceived of a series of projects that would engage an international audience, furthering their understanding of complex human rights issues around the world. The projects would take a variety of forms—books, films, exhibitions—and be disseminated as widely as possible, using means that offered an alternative to traditional publishing and distribution. Fazal Sheikh’s work has been widely shown abroad, especially in the United States and in Northern Europe, and more recently in London. The exhibit at the Henri Cartier-Bresson Foundation is Sheikh’s first in Paris. The Foundation is glad to present two of his projects, A Camel for the Son and The Victor Weeps, images and texts installed by the author himself on two floors.

A Camel for the Son

In 1990, the first Somalis crossed the border into Kenya to escape the civil war that had begun in their homeland. More than a decade later, the fighting in Somalia has claimed the lives of an estimated 350,000 Somalis and over a million live in exile. The number of Somali refugees in the three Kenyan camps of Ifo, Dagahaley, and Hagadera, around the town of Dadaab, is currently estimated to be over 120,000. Eighty percent of that number are women and children. It is to them that this work is directed.

A Camel for the Son renders Somali women refugees in northeastern Kenya, first, as they struggle to nourish their children after enduring physical and sexual assault, and later, as some organize a committee to seek justice against their assailants. The traumatic experiences of these women – and the lack of support they receive from the men who traditionally lead Somali society – has led them to form activist groups to petition for their rights.

Fazal Sheikh’s purpose is to bring forth the humanity of these women and children – deprived of dignity by war, flight into exile and aggression, “because the other, even when he is no enemy, is always considered as someone to see and not as someone who sees as well.” (1)

This project gathers portraits and testimonies, the “voices” of Afghan refugees in Northern Pakistan, a community that Fazal Sheikh encountered while visiting the land of his grandfather. These texts and images, strong and poetic, show the faces and the dreams of men, women and children who have been living in exile for years.

Six million Afghans were driven to leave their country by two decades of war following the Soviet intervention of Afghanistan in 1979 and later, the internal conflict that arose under Taleban rule. These Afghan refugees, residing mainly in Pakistan and Iran, comprised the largest refugee population in the world. In 2001, the largest repatriation of refugees of the last thirty years took place with over two million Afghans returning to their homes. The repatriation continues to this day amid the precarious conditions of a country in ruins which lacks any real reception facilities for the refugees.

“I am my grandfather’s namesake and though I can never know him, I continue to search for part of him to call my own. By visiting the land of my fathers, moving through the space linking the present and the past, I hoped to gain insight into who they were and by extension who I am. In Pakistan I discovered that the land had been settled by hundreds of thousands of Afghan refugees who had lived in exile during two decades of war in their homeland across the border. (…) In allowing me to record them and photograph them, they relived their memories of their homeland and voiced their hopes that they would one day be able to return.” (2)

(1) Susan Sontag, Regarding the Pain of Others