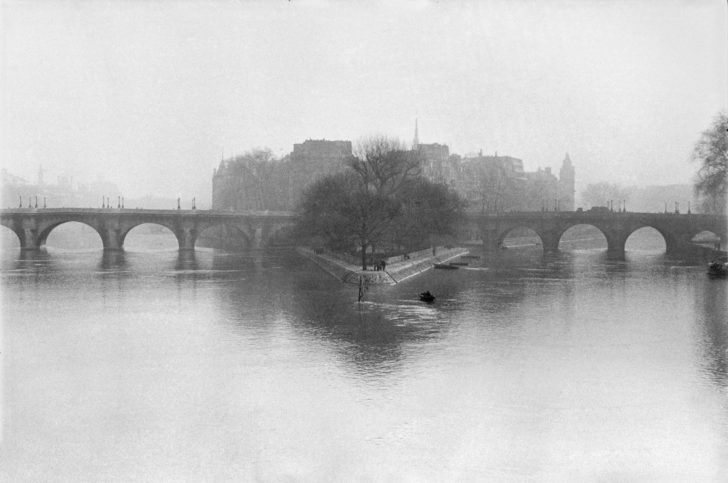 The exhibition “Henri Cartier-Bresson : Paris” is on display at the Seoul Art Center Hangaram Design Museum, Seoul, from 26 September 2019 to 2 February 2020, in collaboration with Magnum Photos and Fondation HCB.

Although HCB is known to have been an avid traveler, the essence of his work remained steadfastly Parisian. Indeed, it was in Paris, after studying painting alongside André Lhote in the Montparnasse quarter during the late 1920s, that HCB took up photography: “the first photographs I saw were those of Atget and Keretsz,” he notes. He secured, over time, his own distinctive photographic style, one inscribed in “a realm of imagination but modelled after life” (l’imaginaire d’après nature).

Endlessly roaming through the streets of Paris, HCB snatched away fleeting scenes, at their decisive moment. In these same streets, he would witness the unfolding of significant historical events such as the Liberation of Paris in August 1944 or the student riots of May 1968, while also commissioned by newspapers and magazines to cover various events such as the “six days of Paris” cycle race in November 1957 for the French periodical, Paris Match.

It was also in Paris that, during the thirties, his encounters with Robert Capa and David Seymour blossomed into friendships, which proved decisive to his lifework. Shortly after the three friends launched the Magnum Photo Agency, in 1947, HCB undertook a three-year journey through the Far East. His photographs taken mostly in India and China, would soon appear in magazines across the world, including Life, Illustrated, and Paris Match. Some of them quickly acquired iconic status, marking a crowning moment in HCB’s career.

This exhibition, whose starting point is the book Paris à vue d’oeil, edited by Lothar Schirmer in 1994, is not a sociological study, but is oriented towards what a man, who considered “photography as lying somewhere between the art of the pickpocket and that of the funambulist,” thought was most important: “the flânerie of the gaze in a state of total and willing openness.”