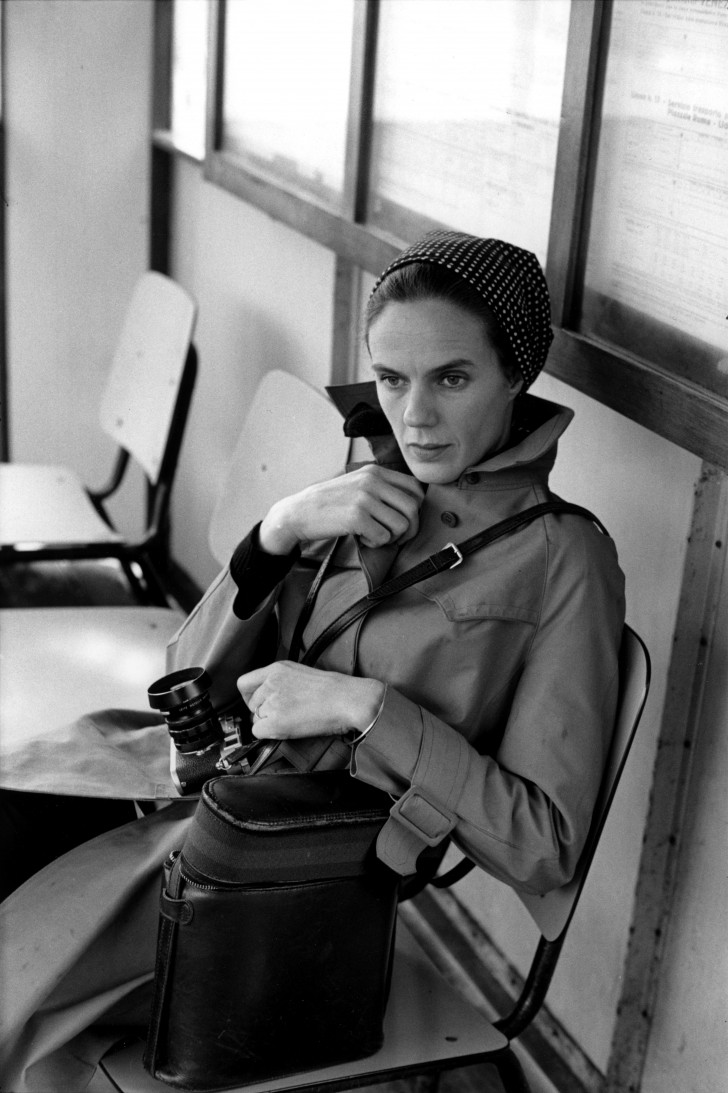 April 2, 1938: Martine Franck was born in Antwerp, Belgium. Since the early years of her childhood, she was accustomed to distant horizons. Her family lived in London. In 1939, Martine’s father, Louis Franck, joined the British army. With her mother and brother, Martine left England for the United States during the war, before returning in 1944. Martine accomplished part of her studies there, as well as in Switzerland where she met Ariane Mnouchkine, who was to become an iconic figure of French theatre.

1956: Began studying Art History at the Madrid University, before being accepted to the Ecole du Louvre in Paris in 1958. She was 20 years old and learned to read French from Robert Escarpit’s humourous column in the newspaper Le Monde. She submitted her thesis on “Sculpture and Cubism: 1907-1915,”.

1963: During an initiatory journey in the Far East with Ariane Mnouchkine, Martine Franck began to photograph the charms and splendors of other civilizations such as China, Japan, India, Cambodia, Nepal, Pakistan, Afghanistan and Iran. She published her travel pieces in Eastern Horizon in Hong Kong. “Photography appeared randomly in my life. I obtained a visa for China and my cousin lent me a Leica telling me I was lucky and that I had to bring back pictures,” confided Martine Franck in a 2007 interview to Roland Quilici.

1964: Returning to France, she worked in Paris for Time-Life where she “truly meets Photography” and became Eliot Elisofon and Gjon Mili’s assistant before becoming an independent photographer.
Working with famous American magazines, her photo-coverages and her portraits of artists and writers were published in Life, Fortune, Sports Illustrated, The New York Times and Vogue. Pierre Alechinsky, Balthus, Pierre Boulez, Marc Chagall, Michel Foucault, Michel Leiris, Sam Szafran and Paul Strand are some of the many figures who became her friends. At the same time, she became a founding member of the Théâtre du Soleil and was the official photographer for Ariane Mnouchkine’s theater company, who she would never leave, capturing the shows, productions and the Cartoucherie’s everyday life.

1966: Met Henri Cartier-Bresson, “L’Oeil du Siècle” (The Eye of the Century), who was thirty years older than her, and married him in 1970: “My father told me I was taking a big risk. I have been very happy. Henri always encouraged me to work. (…) He never put me on the side. Because of him, I met a lot of people.”

1980: After being an associate, she became a member of the agency Magnum Photos in 1983. She then started a large-scale work on women’s rights. Increasingly committed to her art, Martine Franck showed an interest in socially-concerned subjects, seeking to provide evidence of reality: “My main desire is to present images creating reflection.” She published Le Temps de Vieillir, in which she writes: “Everything cannot be photographed. There are times when suffering or human decay touch you so much that you have to stop. Other situations, interesting in terms of sociology, will visually say nothing. Photography shows more than it demonstrates, it doesn’t explain the reasons for things.”

Between 1993 and 1997, Martine Franck traveled numerous times to Tory Island (North-West of Ireland). There she captured the everyday life of a traditional Gaelic community living on the margin of the continent. Tory, Ile aux confins de l’Europe was to be published in 1998.

1996: Traveled to Asia where she photographed the Tulkus, Tibetan monk children living in Bodnath, Nepal and in Northern India. Tibetan Tulkus: Images of Continuity was published four years later.

2000: Participated in the making of the documentary Retour en Irlande avec Martine Franck, photographe directed by Fabienne Strouvé-Beckers. From her many traveling experiences, Martine Franck brought back unique images, some of which became icons.

Between 2003 and 2004, Martine Franck followed Robert Wilson, the Comédie Française’s scenographer, and photographed his production of Fables de La Fontaine. “Fables” was published on this occasion (Actes Sud Editions).

2005: Appointed Knight in the French Legion of Honor by a Presidential Act dated March 25, 2005, Martine Franck received her Cross from François Voss, at the Henri Cartier-Bresson Foundation on January 24, 2006.

2010: Chanel Nexus Hall in Tokyo presented the “Women” exhibition. In October of 2011, the exhibition “Venus d’ailleurs” (“From other lands“), at the Maison Européenne de la Photographie in Paris, presented a vision of 62 portraits of artists, taken between 1965 and 2010 in their Parisian studios (Michel Barcelo, Marc Chagall, Fernando Botero, Léonor Fini, Ousmane Sow, Zao Wou Ki…).

Martine Franck was promoted to Officer in the French National Order of Merit and was the laureate of the Montblanc Cultural Prize, awarded for her work at the Henri Cartier-Bresson Foundation.

Nearly one hundred portraits of artists taken by Martine Franck were also exhibited at the Claude Bernard Gallery in Paris in March/April 2012. In June 2012, the “Peregrinations” exhibition was presented at the Howard Greenberg Gallery in New York.

Martine Franck passed away on August 16, 2012, leaving the unique mark of a great artist.

Her art is a reflection of a personal touch symbolized by geometry, curves and lines, in search of the beauty of the human soul and the depth of hearts and minds, all captured in an instant. This artistic expression made her an artist with an exceptionally sensitive eye.